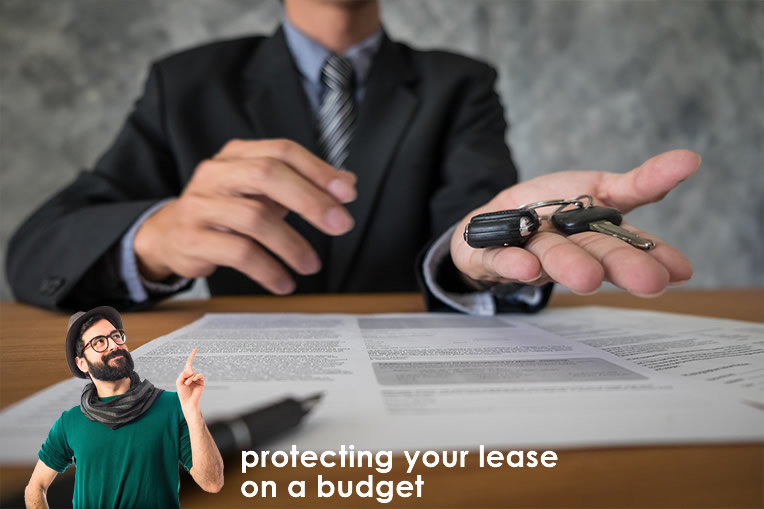 When you lease a car, you’re taking on a huge responsibility. You’re essentially borrowing someone’s very expensive toy for a few years and then giving it back – and when you hand it back over, they’re expecting it in the same condition you borrowed it in. In most cases, that condition happens to be brand spankin’ new. No pressure.

Of course, you can’t keep a car (or anything really) brand new after three years of driving it; in fact, even a car fresh off the assembly line drops depreciates dramatically in value the second you drive it off the dealership lot. By the time you pull into your driveway, you’re looking at a loss of 11% in value. It’s unavoidable.

But luckily, dealerships are pretty understanding of that. As long as you get the car back to them looking and driving like it was leased by a ghost (that is to say, not at all) you’re in the clear. And considering that most lease terms come with complementary service included in the contract, all you really have to worry about is keeping things looking fresh. Easy enough.

We’re going to follow the adventure of Noah, who just leased his first car – a 2016 Toyota Camry.

When Noah first contacted us, he was equal parts ecstatic and panicked. His mind was still floating, drunk off that new car smell and the feel of his cushy leather seats. But he’d also heard horror stories about people turning in their leases and racking up astronomically high fees due to damage on the car. The conflicting information he’d found wasn’t making him feel much better about it. Whille some people claimed even small scratches on the paint were okay, others complained of getting slammed with charges for even general wear and tear from everyday driving.

So FH Group did what we do best. We hooked Noah up with the good stuff. Here’s what he had to say about his goodies. 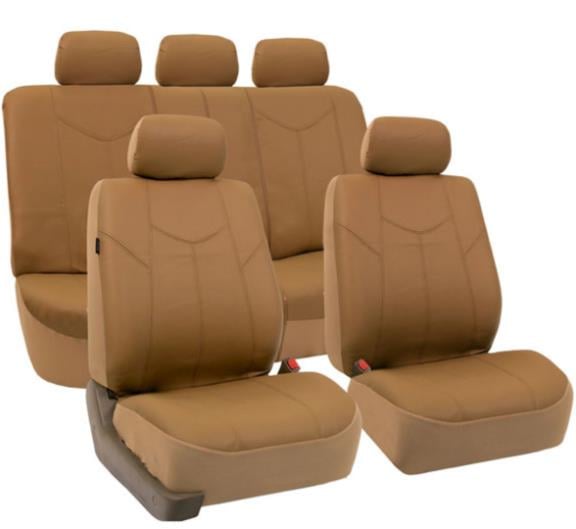 Even though his 2016 Toyota Camry was last year’s model, it was still relatively new to the market which made finding custom seat covers a hassle. Not many retailers even offered seat covers for the 2016 Camry, and those who did wanted an arm and a leg for them.

Our semi-custom seat covers were the perfect solution. Noah decided on PU leather seat covers to mimic the original leather seats of his Toyota Camry’s interior while protecting the seats from daily wear and tear…or worse.

“These leather seat covers are absolutely perfect. They fit like a glove and look just as good as my original leather seats. Plus, now I don’t have to worry about damaging my real seats…thank God! Best investment ever.” 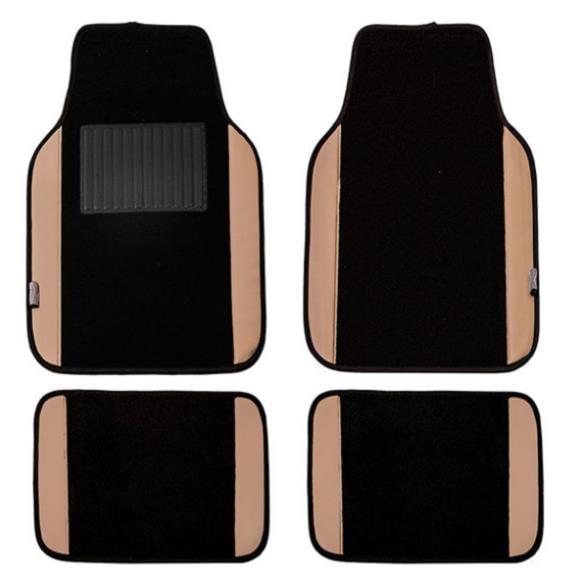 Most dealership cars come with floor mats included, and Noah’s 2016 Toyota Camry was no exception, but not knowing the quality of the floor mats left him with some doubts. He was also unsure if they would be part of the audit when it came time to turn the car back in at the end of the lease, so it was better to play safe than sorry.

“I love that these floor mats have the PU leather trim on them to match the leather seat covers. The carpeting is thick and they don’t slide around at all. I actually think these might be better than the floor mats that came with the car…” 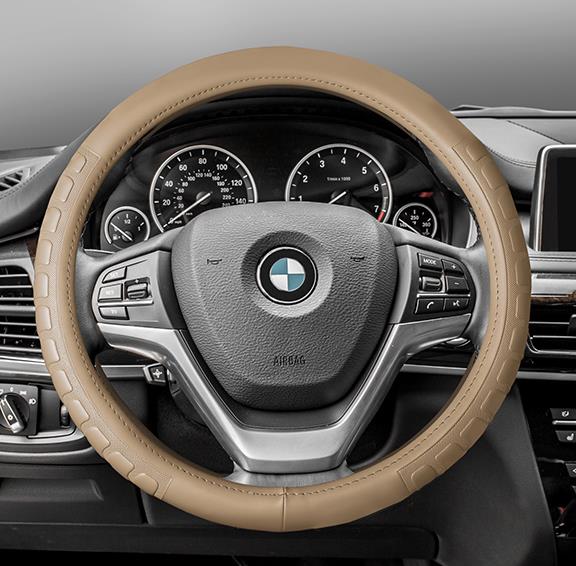 Steering wheels are one of the focal points of your car’s interior when you’re in the driver’s seat. Leather steering wheels can either look awesome when they’re in good condition or awful when they’re neglected or damaged. It can be something as small as a scratch from a particularly sharp ring or an entire section of scuffed leather worn away from repeated handling.

In Noah’s case, it’s a little less dramatic – he’s a fan of powdered doughnuts. More specifically, he eats a powdered jelly doughnut on his morning commute in his car every morning, and that leaves him with powdery white fingertips that leave fingerprints behind on his leather steering wheel, turning it into a crime scene.

The solution was as simple as a leather steering wheel cover, which kept the aesthetic of the Camry’s original interior while protecting the steering wheel from Noah’s sticky paws.

“Somehow this leather steering wheel cover is easier to clean off than the original steering wheel. I’m not sure what kind of sorcery this is, but I’m not complaining either.”

So with Noah’s 2016 Toyota Camry all decked out in battle gear and ready for anything life throws its way, what did he think?

“Overall it was never really about changing the look of the car. It was actually the complete opposite and I’m really pleased with the results. The leather seat covers especially look like they belong in a Camry. They’re so modern and sleek! I feel completely at ease now knowing I’m fully protected. FH Group is the real MVP!”

Now all Noah has to worry about is his driving. Luckily, the 2016 Toyota Camry comes with a rearview camera, so he has no excuses to nudge any cars when it comes to parallel parking. 😉