Here is a list of top 5 best selling seat covers for Toyota RAV4 2019 based on our order data base.Take a good at these power rangers and upgrade your car interior to the next level.We now offer FREE Installation Services! Click here to make an appointment.

Cool sports cars may attract more attention, but Toyota RAV4 cares about their model type most of all. As the top car seller, there’s no brand that can say their car is more successful than the RAV4. Even the new generation is up, Toyota RAV 2018 is still very competitive. In this situation, what’s the answer that Toyota can give to their customers? 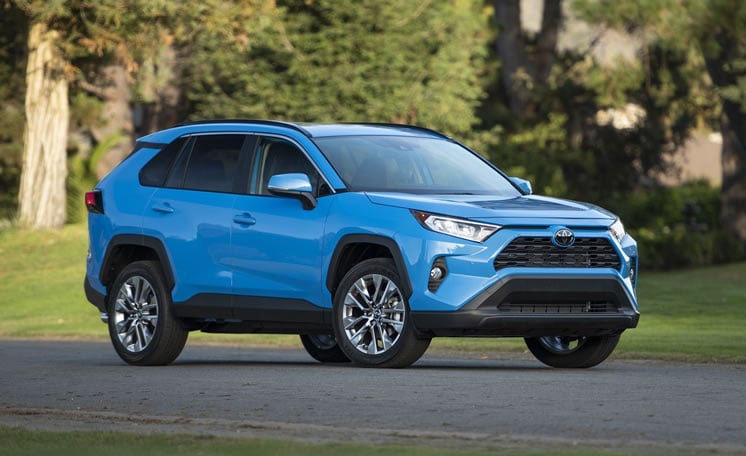 As the largest group in the automotive industry, Toyota knows the rule of building cars. One words to describe the new generation of Toyota Rav4: “it just perfect”. Keywords: 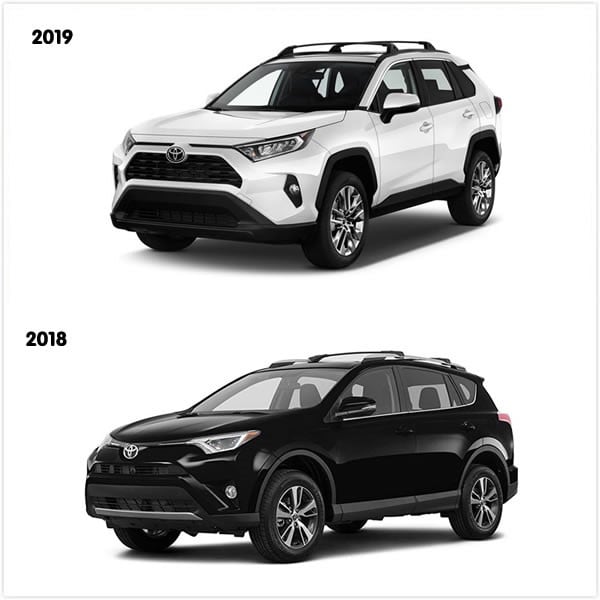 2019 Toyota RAV4 has a very major change in the exterior. I like the new generation exterior, it looks higher and more classic. Due to the aesthetics for different people, the new RAV4 looks more burly and domineering, similar to the style of the Toyota 4Runner. 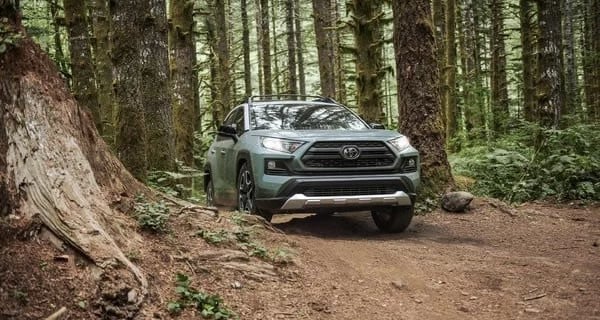 The new Toyota RAV4’s exterior looks large, but it’s the same size as 2018 one. The 2019 and 2018 RAV4’s length and height are still the same but the 2019’s width is reduced by 0.5 inches. It’s wheel base was increased by 1.2” and 2.3” above ground clearance. Adventure version has a ground clearance of up to 8.6”, reaching the highest ground clearance in its class. 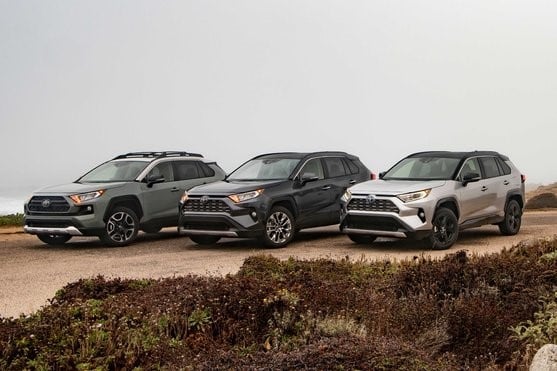 The 2019 Toyota Rav4 have nine standard colors and also provides three styles which accept two colors combined together. The picture above from left to right is: Lunar Rock/Ice Edge、Midnight Black、Silver Sky/Midnight Black. With the standard front face & Adventure Off-road front face, this gives more options for the customers.

Large Space, Top configuration, the new RAV4 interior has a lot we can talk about. Benefited by its new design, the front windshield has improved the inside is much roomier. The front and rear row have enough space as always. Even with a 6’0 man sitting there, they would still have a lot of space with their head not touching the top. 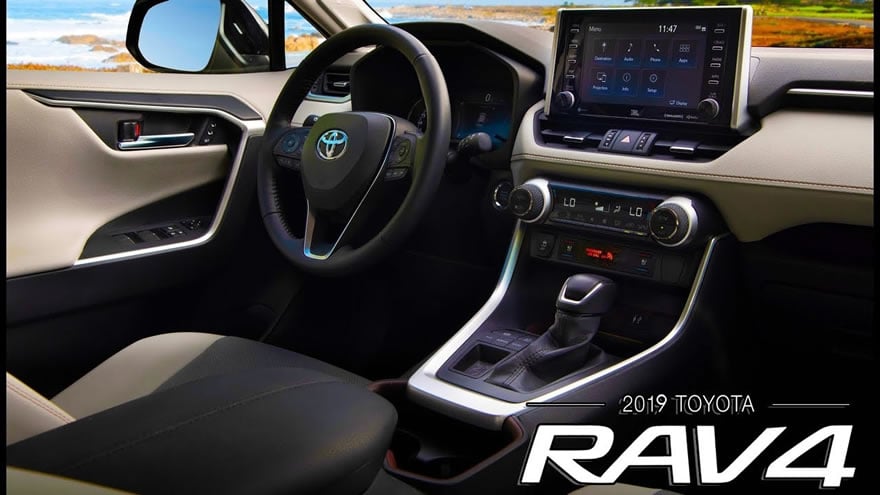 The new RAV4 interior can be described in one phrase: “difficult to simple”. Minus the complex lines though. The 2018 Toyota RAV4’s condition port has mixed a round shape and rectangular shape together. The 2019 Toyota RAV4’s condition port uses all rectangular shapes. Black-based interior with silver trim strips make the sign views looks perfect. 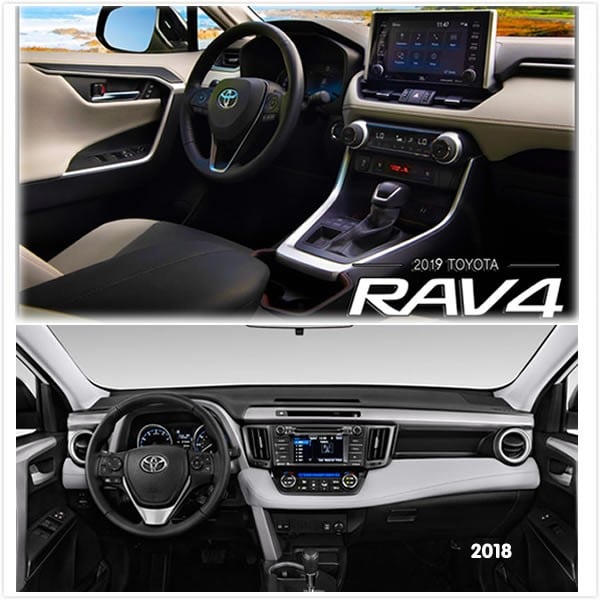 At the customer’s demands, Apple CarPlay is now a standard plugin!! By using the Qi standard’s wireless charge, you will have a better effect. 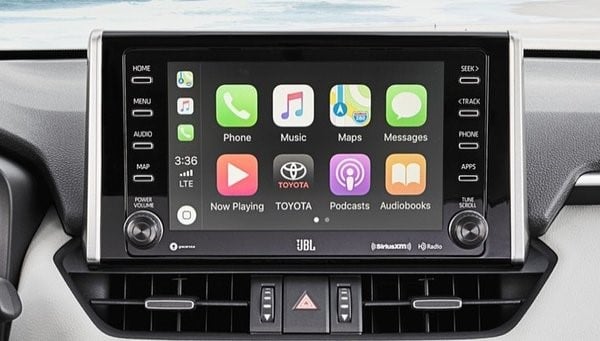 If u choose the Technology Package, you will get the cool configuration here: Toyota’s first mass production digital instrument panel. From now on, we don’t need to worry about the car’s highlight behind. 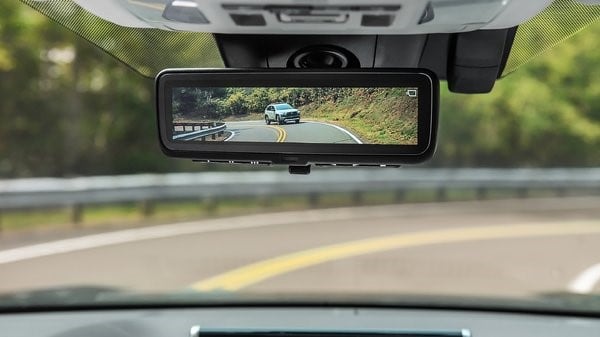 If you choose the Weather Package, you will get front seat ventilation/heating and rear seat heating. In the winter, if your car has heat, you will be much happier. 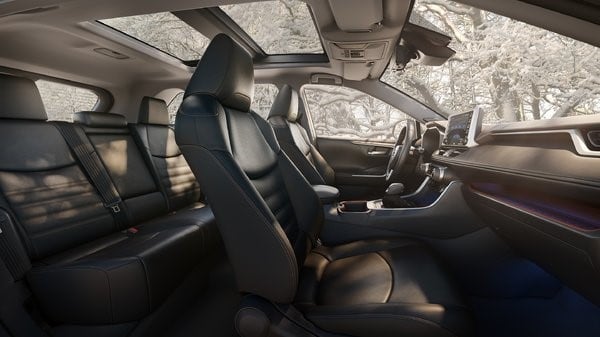 If you purchase the AWD version, the picture above is a Multi-terrain selection system. You can switch directly in mud/sand, sand/soil, snow mode by rotating the knob or pressing, no matter what the road conditions are. Smart, four-wheel drive provides the best grip. However, the RAV4 is still positioned in the urban SUV. Its AWD system is not a full-time, four-wheel drive. It can output up to 50% of the power to the rear wheels, and it is still the front-wheel drive when it is normally driving. 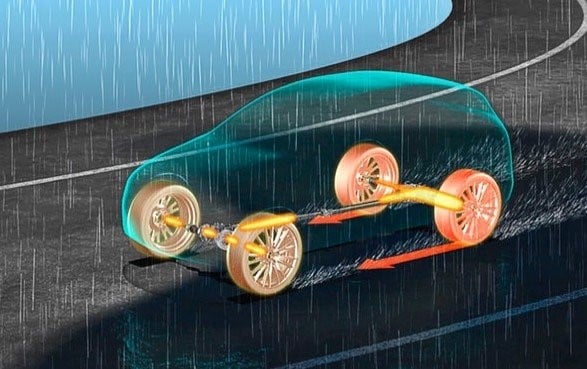 New RAV4 configuration has improved, horsepower has improved, fuel consumption has a lot of improvement. And, the new RAV4’s sale starts price increase to $25,500, If you like to travel, the AWD Adventure is the best choice, sales start at $32,900. The new car is ready; you can visit your local car dealer for more information.